I was happy to see Grandeur make the list again for 2022’s Six Pack of Peaks Challenge!  After last year’s Double, I’ve hit this peak now five times but always wanted to scale the Dragon’s Tail to the top. 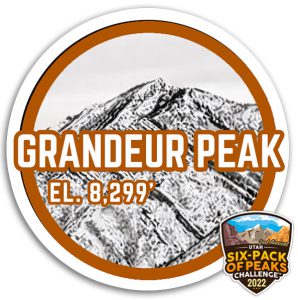 This route does follow along a narrow ridgeline once you get up on the tail.  However, it’s covered in brush and far less impressive than I thought it would be.  Honestly, I think that ridge looks a lot more impressive when you see it from the West Ridge trail looking across from the other side.

So I guess you could say I was a bit disappointed but still glad to have done it.

This route starts at the Grandeur Peak (Face) Trailhead at the very end of Wasatch Blvd up by Parley’s Canyon.  Follow the trail as if you were going to the West Ridge trail. 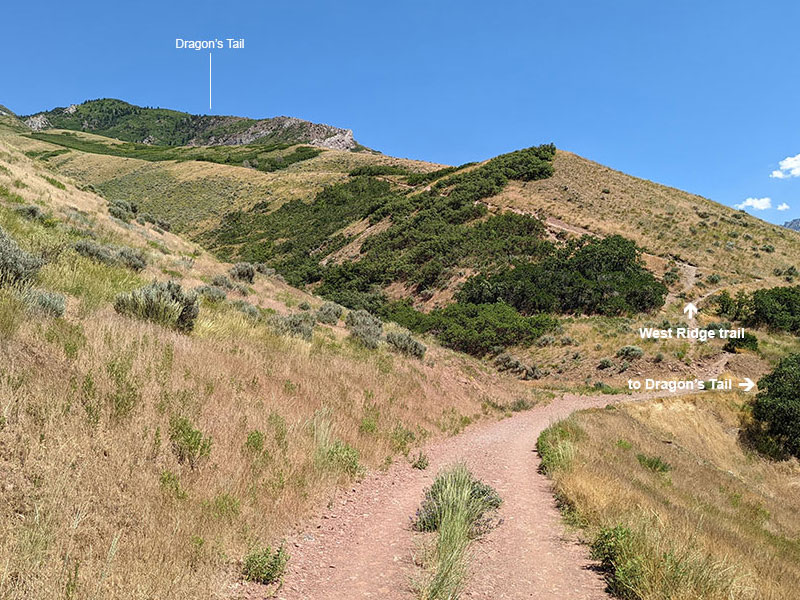 I found the GPS coordinates from SummitPost useful in getting me to the correct spine.

Views of the valley from here were pretty cool. 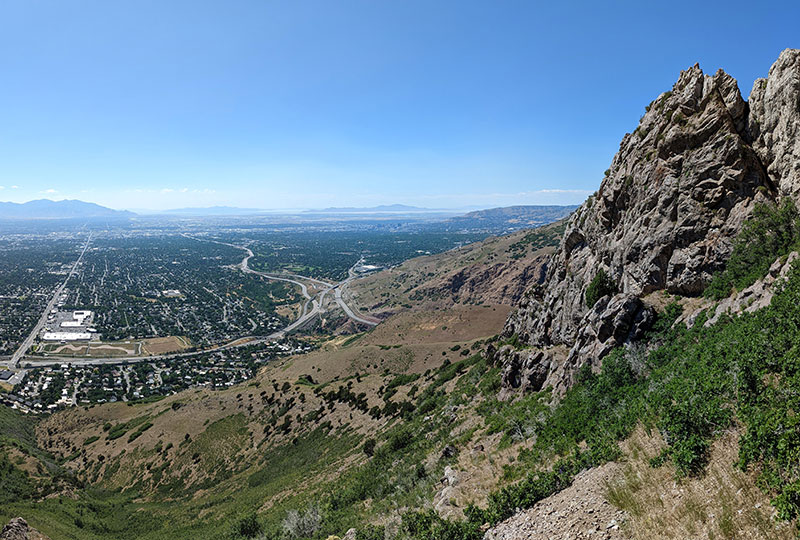 It really wasn’t hard to follow once you got up on the ridgeline. 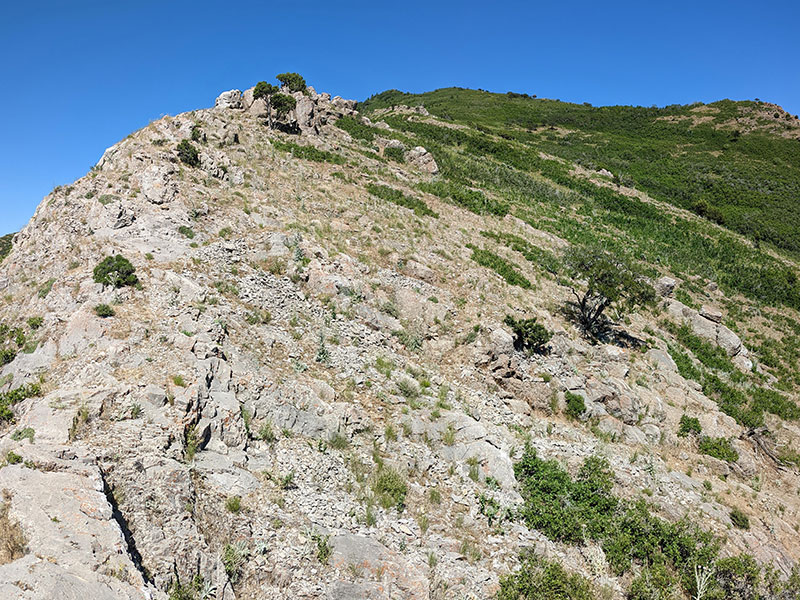 Even after it got a bit scrubby.  Either a lot of people help keep it clear, or it’s a path frequently used by wildlife, or both. 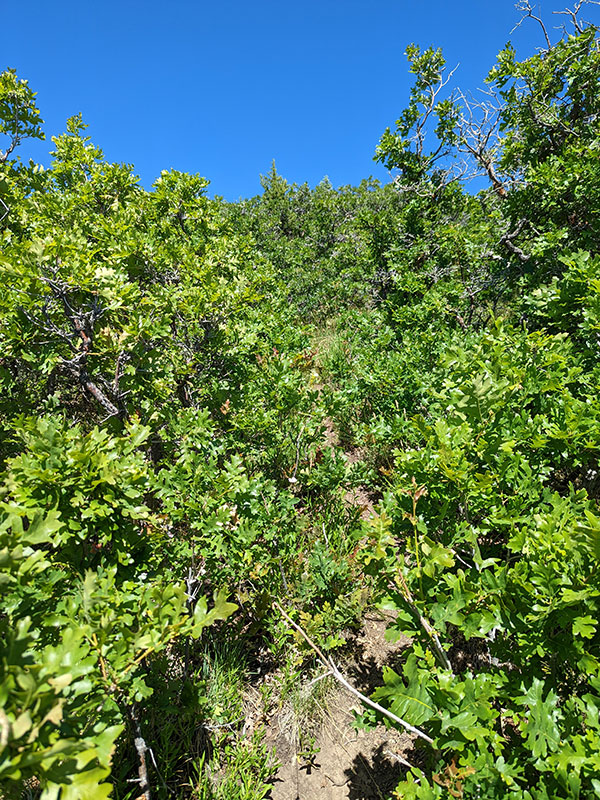 This is about as “exposed” as it gets.  It’s a rocky spine, but not like I thought/hoped it would be. 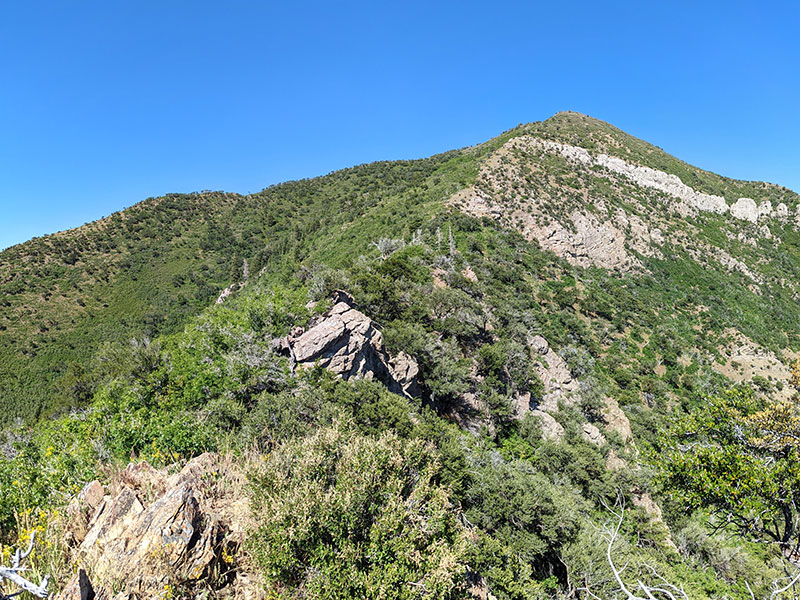 Looking back at another scrubby section about two-thirds of the way up. 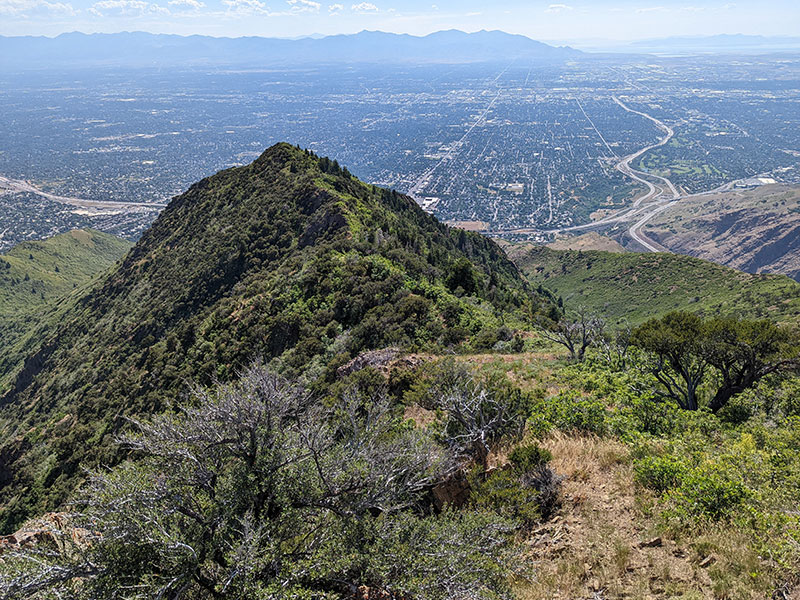 It took me exactly 2 hours to hit the top from this route, which ended up being 2.64 miles with 3,252 feet of elevation. 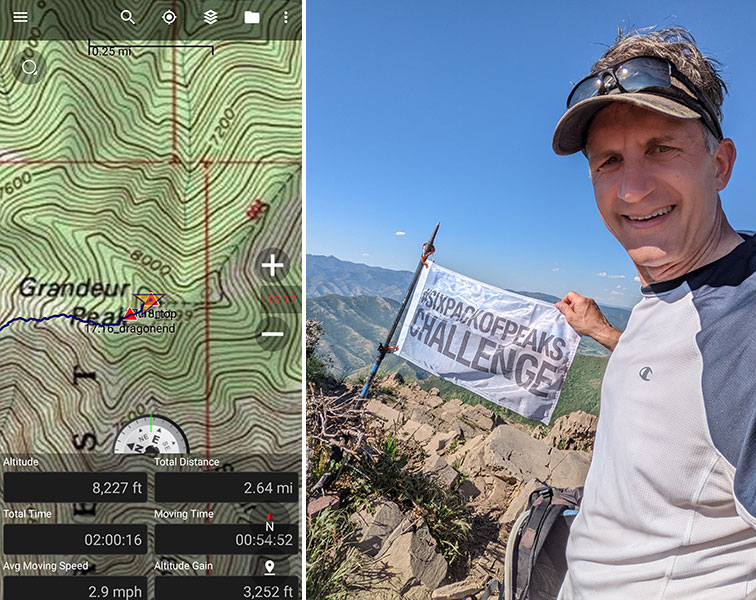 This is what I meant when I said the Dragon’s Tail looks a lot more impressive when you see it from the West Ridge.

Final stats were 4.8 miles in 3 hours with 3,282 feet of elevation gain.  Only two peaks left to complete this year’s Six-Pack.